Opening Bitvise SSH Server to access from the internet

This section of Getting Started assumes that:

Before you open your SSH Server to access from the internet:

We recommend making these checks using an SSH Client running on the same computer where the SSH Server is running.

The following shows listening sockets on an idle server. The SSH Server is running, and has been configured to accept connections on port 47506: 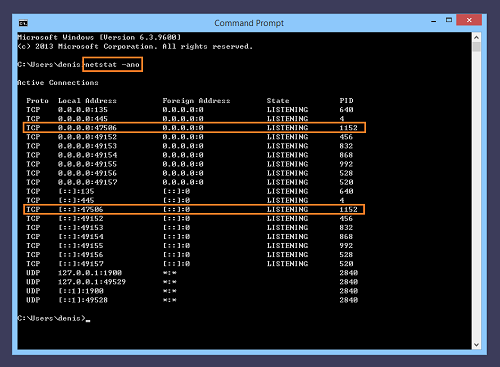 Now, consider this output, which shows an active connection: 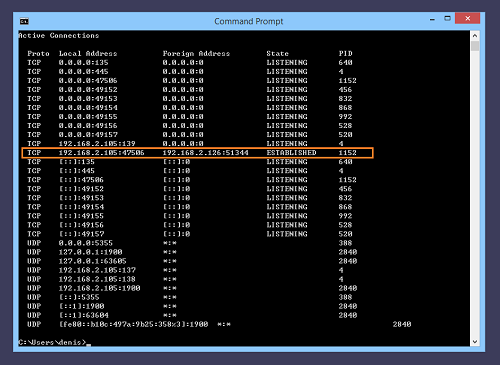 When we discuss ports for internet connections, it is almost always the server-side port we have in mind. In this case, this is port 47506. If the SSH Server were configured to listen on the default SSH port, this would be port 22. This is the port that the SSH client connects to. This needs to be a static (non-changing) port number that's known to the client.

There is another port in this screenshot, port 51344. This is the client-side port from which the SSH client is connecting. For almost all purposes, this port number is irrelevant and ignored. It may be recorded, but the exact value is irrelevant to servers, firewalls, and routers.

The only reason for the client-side port number's existence is to identify the specific TCP connection. If this number did not exist, there would not be a way to distinguish multiple connections to the same server, from the same client.

The client-side port number is almost always an arbitrary port number, chosen for the connection by the client's OS.

In most cases, the SSH Server requires only one port to be open in the incoming direction. This is the port number you configured for the SSH Server to accept connections.

The SSH Server can be configured to automatically manage the Windows Firewall. In Easy settings: 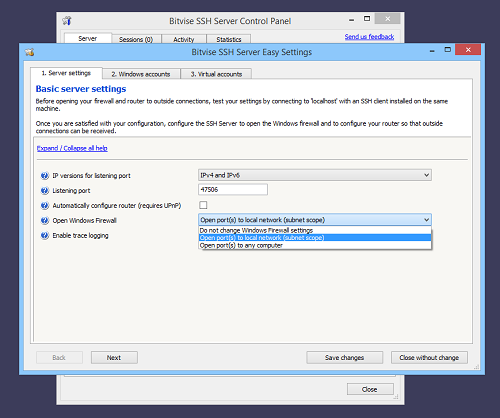 In a home or small office environment, you are likely to be connected to the internet using a router that supports UPnP. In this case, you can instruct the SSH Server to automatically configure the router so that the SSH Server can receive connections from across the internet: 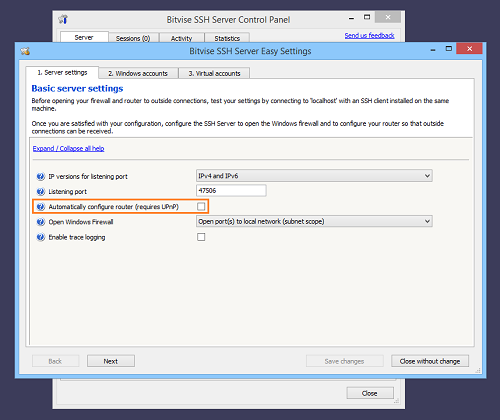 In an organizational environment, UPnP is unlikely to be available. In this case, contact your network administrator to configure any routers and/or firewalls needed to make your SSH Server accessible from the internet.

In Advanced SSH Server Settings, it is possible to: 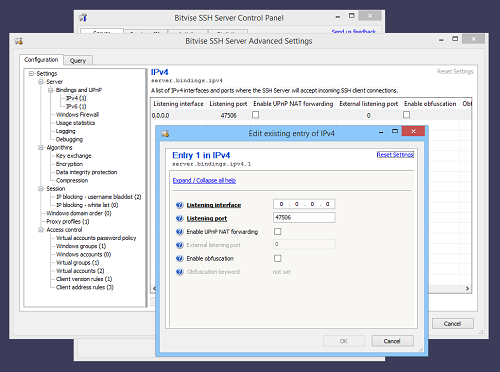 We recommend configuring listening ports in Advanced settings only if your desired listening configuration is not supported in Easy settings.

When obfuscation is enabled on an SSH Server's listening port:

How the internet works